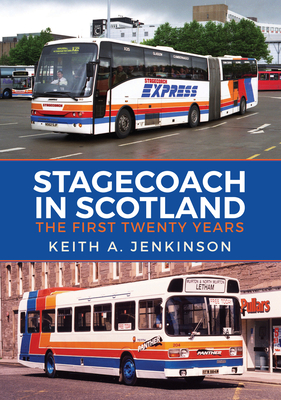 By Keith A. Jenkinson


Special Order—Subject to Availability
Starting in October 1980 as a small coach operator with two coaches and a service from Glasgow to London, Stagecoach rapidly developed throughout Scotland in the 1980s and 1990s when it purchased three major Scottish Bus Group companies and a number of smaller independent operators before floating on the stock market as a plc. After initially relying on the second0hand vehicle market, which produced a wide variety of buses, it ultimately began purchasing new vehicles that like their predecessors were painted in the company’s corporate livery.Having always been an operator that has attracted a wide enthusiast following, this book traces the development of the company from its humble beginnings to its current major status and as such will have a wide appeal across the whole of the UK.
Keith A. Jenkinson is a transport enthusiast who has been writing about related topics since 1977.