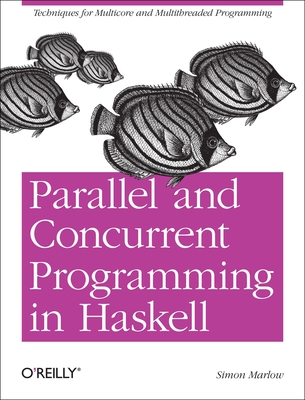 If you have a working knowledge of Haskell, this hands-on book shows you how to use the language's many APIs and frameworks for writing both parallel and concurrent programs. You'll learn how parallelism exploits multicore processors to speed up computation-heavy programs, and how concurrency enables you to write programs with threads for multiple interactions.

Author Simon Marlow walks you through the process with lots of code examples that you can run, experiment with, and extend. Divided into separate sections on Parallel and Concurrent Haskell, this book also includes exercises to help you become familiar with the concepts presented:

Simon Marlow has been a prominent figure in the Haskell community for many years. He is the author of large parts of the Glasgow Haskell Compiler, including in particular its highly regarded mulitcore runtime system, along with many of the libraries and tools that Haskell programmers take for granted. Simon also contributes to the functional programming research community, and has a string of papers on subjects ranging from garbage collection to language design. In recent years Simon's focus has been on making Haskell an ideal programming language for parallel and concurrent applications, both by developing new programming models and building a high-quality implementation. Simon spent 14 years at Microsoft's Research laborotory in Cambridge, before taking a break in Spring 2013 to work on this book. He currently works at Facebook UK.