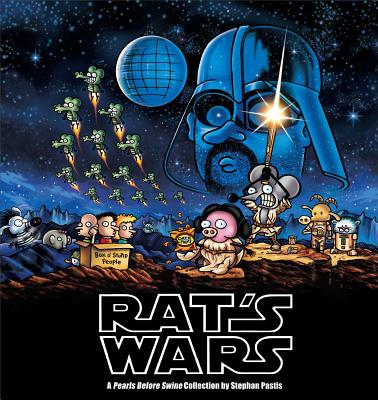 This is book number 20 in the Pearls Before Swine series.

Acerbic, biting, and hilarious, Pearls Before Swine entertains with its mocking of human nature depicted by a Rat, a Pig, and a cast of predators and prey.

"Pearls Before Swine,  the oft-snarky comic that features a kind-hearted pig, a rat with the mind of Mencken, and suburban lions and crocs forever trying to ensnare their zebra (or "zeeba!") neighbors. The strip's sharp, attitudinal zing distinguishes it from some of its less daring neighbors on the funny pages; its panels crackle with pitch-perfect timing." —Michael Cavna, Washington Post

At its heart, Pearls Before Swine is the comic strip tale of two friends: an arrogant Rat who thinks he knows it all and a slow-witted Pig who doesn't know any better. Together, this pair offers caustic commentary on humanity's quest for the unattainable. Dilbert cartoonist Scott Adams says that Pearls is "one of the few comics that makes me laugh out loud."
Stephan Pastis is an attorney turned cartoonist. A graduate of the University of California, Berkeley, and the UCLA School of Law, he worked as a lawyer before trying his hand at cartooning. Pastis lives in the Bay Area with his wife and two children.