By the Grace of God: A 9/11 Survivor's Story of Love, Hope, and Healing (Hardcover) 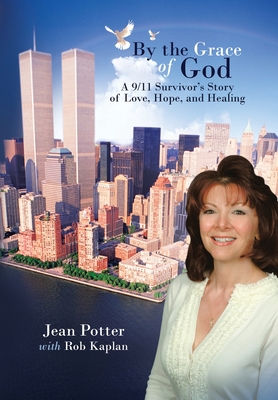 By the Grace of God: A 9/11 Survivor's Story of Love, Hope, and Healing (Hardcover)

By Jean Potter, Rob Kaplan (With)


Not On Our Shelves—Ships in 1-5 Days
(This book cannot be returned.)
For the most part, there was nothing particularly unusual about Jean Potter's life. Going right to work after graduating from high school, she spent most of her career as an executive assistant in several large New York-based companies. In fact, she was working for the managing director of Bank of America in its offices on the eighty-first floor of the North Tower of the World Trade Center on September 11, 2001.

By the Grace of God is Jean's story-from her upbringing in Brooklyn, New York, to her jobs as assistant to several high-level executives, to her courtship and marriage to a New York City fireman, to setting up a home in Battery Park City, to that horrific day when she and her co-workers had to make their way down eighty-one flights of stairs in a desperate effort to escape the collapse of the North Tower. It's the story, too, of her husband, Dan, seeing flames erupting from the World Trade Center, and racing from Staten Island to Manhattan determined to help her, but, recognizing his duty as a fireman, stopping to help others even while he anguished over his wife's fate.

It's also the story of the extraordinary effect living through that day had on both of their lives-having to cope with the effects of post traumatic stress disorder; moving because they could no longer live in a home haunted by three thousand ghosts; giving up their jobs, Jean because she could no longer bear working in New York City and Dan because he'd been hurt in the collapse of the South Tower; and having to leave the city they had grown up in and loved. Perhaps most important, By the Grace of God is the story of how their faith enabled them to come to terms with their experience and to find a new life of love, hope, and healing.