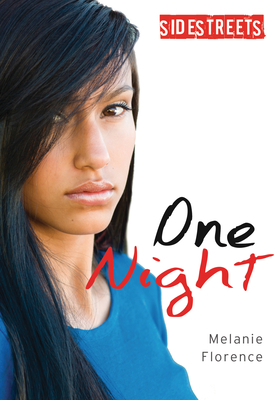 Luna Begay is as studious and serious about her Indian heritage as her sister, Issy, is outgoing and fun. When Issy convinces Luna to go with her to a party full of rich kids, the night turns bad when Luna is drugged and raped. Feeling ashamed that she will be perceived as an "Indian slut," Luna doesn't tell anyone and remains in denial until Issy figures out that Luna is pregnant. Knowing that her decisions will affect her parents and Issy as much as her own future, Luna has to work out how to deal with the consequences of that one night, and she has to do it fast.

Distributed in the U.S by Lerner Publishing Group.

MELANIE FLORENCE is a full-time writer currently based in Toronto. She is the author of several books for children and teens, including Righting Canada's Wrongs: Residential Schools and Jordin Tootoo: The Highs and Lows in the Journey of the First Inuk to Play in the NHL, which was chosen as an Honor Book by the American Indian Library Association. As a freelance journalist, Melanie's byline has appeared in many magazines, including Dance International and Parents Canada. Melanie is of Plains Cree and Scottish descent.