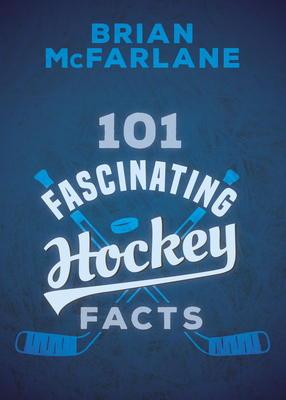 
Special Order—Subject to Availability
101 fascinating stories about hockey that will enlighten and delight fans.

Have you heard about the referee who was dragged back to the rink by an angry mob demanding he change the result? Or the playoff goal that was scored with half a puck? Or the fourteen-year-old who played in a professional game?

In 101 Fascinating Hockey Facts, NHL elder-statesman Brian McFarlane tells these and 98 other tales from the rink. Hockey fans will love flipping through this collection, packed with trivia and did-you-knows, to test their knowledge and to find tidbits to share with their friends.
Brian McFarlane is an author, hockey historian, and Hockey Hall of Fame broadcaster. He was a host and commentator on Hockey Night in Canada for 25 years and spent another 3 with NBC. Brian lives in Stouffville, Ontario, and winters in Naples, Florida.