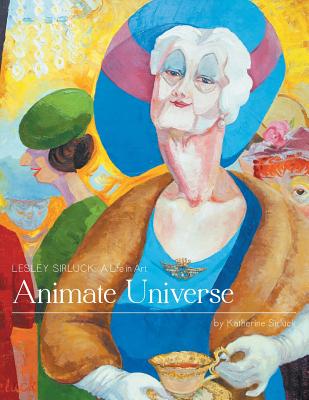 
Not On Our Shelves—Ships in 1-5 Days
(This book cannot be returned.)
When it comes to the role played by Canadian women artists in the first half of the 20th century, there is a glaring hole in our documented history. The memory of one artist now reaches up from the backwaters of domestic life.

Lesley McNaught Sirluck began her career as an artist around 1936, when women artists were sparse on the national scene. She painted and etched through the war years in Toronto, through the cultural boom of Chicago in the 1950's and 60's, and beyond. She had a unique and profound vision of the world around her, one that resonated all the more powerfully for its occasional inscrutability. Animate Universe is both a tribute and a retrospective - the premiere of a vibrant and articulate body of work only barely seen in Lesley's lifetime.