Shattered by the Wars: But Sustained by Love (Paperback) 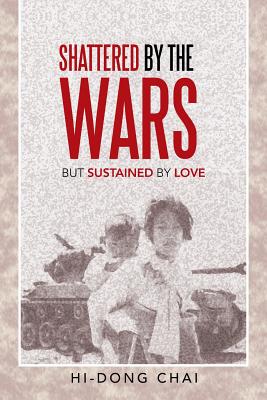 Shattered by the Wars: But Sustained by Love (Paperback)

I hate war. War kills. War maims. War orphans. And it leaves a deep scar not only on the land, that will take years to heal, but also in the hearts of those who are affected by the war. I am one of those who carry a deep emotional wound to this day, more than sixty years later.

During World War II, under Japan, my father was imprisoned because he was a Christian minister who refused to bow down to the picture of the Japanese emperor. My elder brother volunteered to join the Japanese military in the hope of having his father released from the prison. He left home as a vibrant, fifteen-year-old boy and returned home as a worn-out, injured, eighteen-year-old man after the war; he died a year later. During the Korean War, two North Korean officers came to my house and took my father away because he was a Christian minister. He never returned.

Shattered by the Wars is a story of love, sacrifice, faith, and suffering, all wrapped in one package. The heroine in the story is my mother, as seen by her youngest son. Mother prayed without ceasing. Through her unceasing prayers, she was able to walk through the dark tunnel of trials and tribulations and lead us onward with love and grace and absolute faith in God.