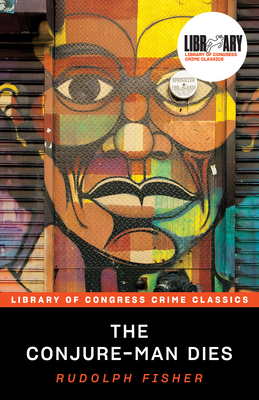 When the body of N'Gana Frimbo, the African conjure-man, is discovered in his consultation room, Perry Dart, one of Harlem's ten Black police detectives, is called in to investigate. Together with Dr Archer, a physician from across the street, Dart is determined to solve the baffling mystery, helped and hindered by Bubber Brown and Jinx Jenkins, local boys keen to clear themselves of suspicion of murder and undertake their own investigations.

This groundbreaking mystery is the first ever to feature a Black detective and all Black characters, written by Black author Rudolph Fisher, who was a principal writer of the Harlem Renaissance.

"The novel captures the energy and exuberance of Harlem in the ‘30s, the struggle for education and respect, and the lively and playful language of the time." — First Clue

"Library of Congress Crime Classics presents a welcome resurrection of the first non-serialized mystery novel by a Black author, featuring an all-Black cast, originally published in 1932…It’s about time this genuine classic was back in print." — Kirkus Reviews, Starred Review