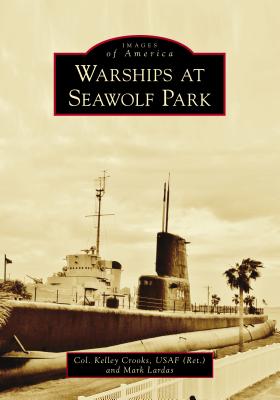 
Not On Our Shelves—Ships in 1-5 Days
The summer of 1944 was the turning point of World War II. Operation Overlord, the landing at Normandy, had begun, and naval battles raged on in the Pacific. In the midst of the war, the USS Cavalla, an attack submarine out on its initial patrol near the Philippines, became the only submarine to gain revenge on a Japanese carrier that attacked Pearl Harbor. The destroyer-escort USS Stewart protected Allied convoys from German U-boat wolf packs patrolling the North Atlantic. Today, these heroic and historic American warships continue to serve side by side, predator and protector, at the American Undersea Warfare Center at Seawolf Park in Galveston, Texas. For nearly 75 years, stories abound about these warships that served to preserve our liberty in World War II, provide technology improvements postwar, and battle time and weather as they educate our youth.