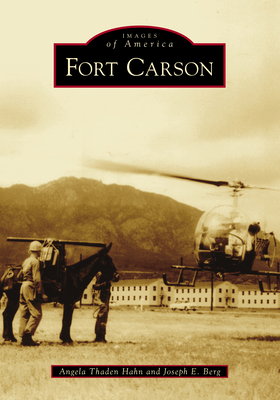 
Special Order—Subject to Availability
Army scout Kit Carson rode the Southwest in many capacities. He served and retired in Colorado, and so Fort Carson is appropriately named. On land once traversed by Lt. Zebulon Pike, Camp Carson was constructed almost overnight under the watchful eye of Pres. Franklin Roosevelt and with the approval of the neighbors in Colorado Springs. Since its creation, the post has been the home and training grounds for thousands of soldiers who have fought in all wars from World War II to the current war on terror. Fort Carson continues to be a valuable asset to the community economically and in its generosity with resources when a local need arises.