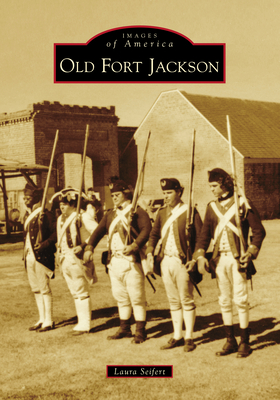 
Not On Our Shelves—Ships in 1-5 Days
Fort James Jackson has been the silent sentinel protecting Savannah, Georgia, for over 200 years. Never taken by force, its soldiers also never fired a shot in anger, only in celebration. On Halloween in 1863, Confederate president Jefferson Davis received a 21-gun salute while touring the Savannah River defenses on the steamer Beauregard. However, the soldiers at the fort faced many challenges, including disease, cold, heat, mosquitoes, poor nutrition, and stress. Active during wartimes, the fort was often quietly abandoned between wars. Union soldiers last fired the fort's guns on April 11, 1865, when Savannah got news of the fall of Richmond and the war's end. After the Civil War, the fort's longest wait began, despite 1870s renovation attempts. The mid-1960s saw renewal through historic preservation and archaeology as the fort became a museum. The fort was even a filming location for the movie Glory, which was appropriate as the 55th Massachusetts Infantry Regiment, an African American unit, was briefly stationed here.