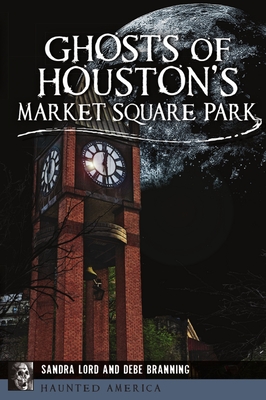 
Special Order—Subject to Availability
Visitors to Market Square Park can pause on their stroll through the downtown centerpiece for a palpable experience of its past. Houston's first four city halls laid their foundations here, and relics of the square's heritage remain embedded in the sidewalks of the park. Chalk up a chance sneeze on Milam Street to the final ghostly gasp of dust from Robert Boyce's sawpits. Step from Congress Street into La Carafe, Houston's oldest commercial building, for the kind of atmosphere that even deceased bartenders are reluctant to leave. From the phantom tailors above Treebeard's to the forgotten mysteries of the town's founding, Sandra Lord and Debe Branning resurrect the history humming through the four blocks surrounding Market Square Park.