Northern Vermont in the War of 1812 (Military) (Paperback) 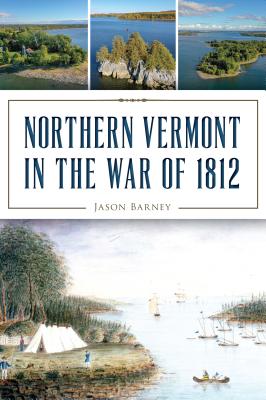 Northern Vermont in the War of 1812 (Military) (Paperback)


Not On Our Shelves—Ships in 1-5 Days
Vermont played a critical role in the War of 1812. Burlington was a significant military base and harbor for American vessels, but history isn't just about the larger hubs of activity. From Swanton to Isle La Motte, many smaller communities in northern Vermont played a key role in the war. Local militia--composed of farmers, blacksmiths and merchants--came from all over the northern border communities of the state to contribute to the war effort. When towns got the statewide order to muster, timing depended on the occupations of those called to duty, the distance they needed to march or sail, the unpredictable weather conditions and the condition of the roads. Local historian Jason Barney uncovers the unique stories of border smuggling, daring raids and everyday struggle.