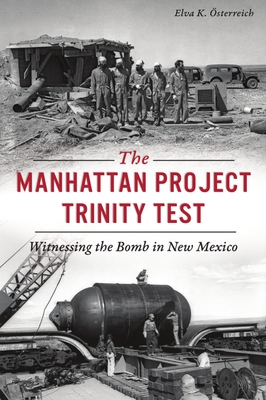 
Special Order—Subject to Availability
At 5:29 a.m. on July 16, 1945, the Trinity Test explosion of the first atomic bomb changed the world forever. The dropping of the bombs on Hiroshima and Nagasaki in Japan followed soon after, but it was the first blast in what is now known as White Sands Missile Range that marked the beginning of the end of World War II. In southern New Mexico, although the Manhattan Project was still top secret, everyday people witnessed the test, experienced its light and power, felt the earth move and knew the world had changed. Author Elva K. sterreich shares the stories of their experience and how their lives were transformed.