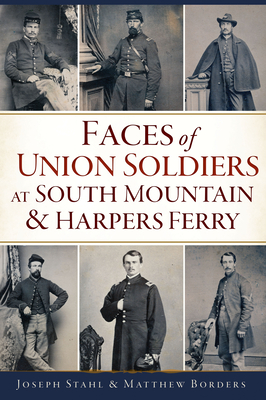 
Special Order—Subject to Availability
The first Confederate invasion of the North in the fall of 1862 led to a series of engagements known as the Maryland Campaign. Though best remembered for its climax, there was desperate fighting at both South Mountain and Harpers Ferry prior to the bloodletting at Antietam Creek. These battles in particular were desperate affairs of bloody attacks and determined defense. In this work are the images of thirty Union soldiers, published here for the first time, that help give a face and a history to those men who struggled up the slopes of South Mountain or sheltered from Confederate cannons at Harpers Ferry. Join Matthew Borders and Joseph Stahl as they introduce you to these men, their battles and their stories.