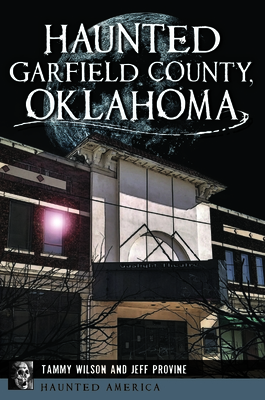 Explore more than a century of Garfield County's ghostly lore.

Garfield County is seemingly a quiet span of rural Oklahoma, but its history is steeped with strange legends. Enid (originally known as Skeleton for chilling reasons) has served as the major center since winning out in the violent railroad war of 1894. Early settlers were startled when a mysterious stranger claimed to be John Wilkes Booth in a deathbed confession thirty years after Lincoln's assassination. The intervening decades only added to the county's haunted heritage, from the phantom staff still in the Broadway Tower to the glowing headstone at Imo. Join Jeff Provine and Tammy Wilson in the shadows that stalk the countryside and the spillways beneath town.