Of Orcas and Men: What Killer Whales Can Teach Us (Paperback) 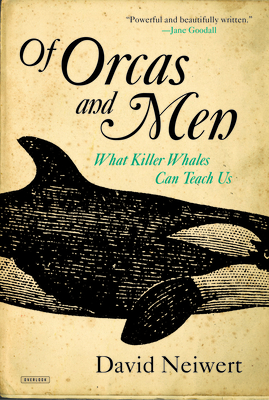 Of Orcas and Men: What Killer Whales Can Teach Us (Paperback)


Not On Our Shelves—Ships in 1-5 Days
Orcas are one of earth’s most intelligent animals. Benign and gentle, with their own languages and cultures, orcas’ amazing capacity for long-term memory and, arguably, compassion, makes the ugly story of the captive-orca industry especially damning. In Of Orcas and Men, a marvelously compelling mix of cultural history, environmental reporting, and scientific research, David Neiwert explores how this extraordinary species has come to capture our imaginations—and the catastrophic environmental consequences of that appeal. In the tradition of Barry Lopez’s classic Of Wolves and Men, David Neiwert’s book is a powerful tribute to one of the animal kingdom’s most remarkable members.
David Neiwert is an investigative journalist based in Seattle. He is the author of many books, including And Hell Followed With Her: Crossing the Dark Side of the American Border and Strawberry Days: How Internment Destroyed a Japanese American Community. His reportage for MSNBC.com on domestic terrorism won the National Press Club Award for Distinguished Online Journalism in 2000. He is also a contributing writer for the Southern Poverty Law Center.