Warring for America: Cultural Contests in the Era of 1812 (Published by the Omohundro Institute of Early American Histo) (Hardcover) 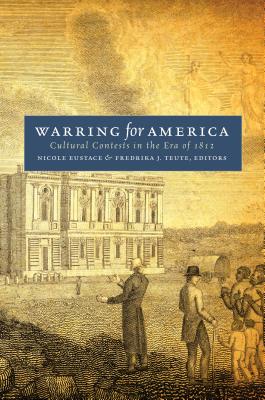 Warring for America: Cultural Contests in the Era of 1812 (Published by the Omohundro Institute of Early American Histo) (Hardcover)


Not On Our Shelves—Ships in 1-5 Days
The War of 1812 was one of a cluster of events that left unsettled what is often referred to as the Revolutionary settlement. At once postcolonial and neoimperial, the America of 1812 was still in need of definition. As the imminence of war intensified the political, economic, and social tensions endemic to the new nation, Americans of all kinds fought for country on the battleground of culture. The War of 1812 increased interest in the American democratic project and elicited calls for national unity, yet the essays collected in this volume suggest that the United States did not emerge from war in 1815 having resolved the Revolution's fundamental challenges or achieved a stable national identity. The cultural rifts of the early republican period remained vast and unbridged.