Confucianism and the Succession Crisis of the Wanli Emperor, 1587 (Paperback) 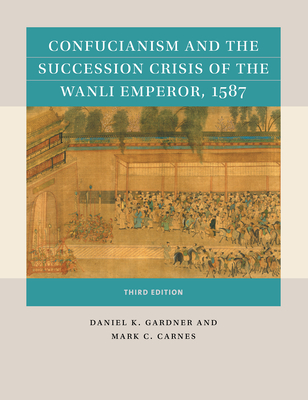 Confucianism and the Succession Crisis of the Wanli Emperor, 1587 (Paperback)


Not On Our Shelves—Ships in 1-5 Days
Confucianism and the Succession Crisis of the Wanli Emperor, 1587 is set in the Hanlin Academy in Ming dynasty China. Most students are members of the Grand Secretariat of the Hanlin Academy, the body of top-ranking graduates of the civil service examination who serve as advisers to the Wanli emperor. Some Grand Secretaries are Confucian purists, who hold that tradition obliges the emperor to name his first-born son as successor; others, in support of the most senior of the Grand Secretaries, maintain that it is within the emperor's right to choose his successor; and still others, as they decide this matter among many issues confronting the empire, continue to scrutinize the teachings of Confucianism for guidance. The game unfolds amid the secrecy and intrigue within the walls of the Forbidden City as scholars struggle to apply Confucian precepts to a dynasty in peril.
Daniel K. Gardner is Dwight W. Morrow Professor Emeritus of History and the Environment at Smith College. Mark C. Carnes is professor of history at Barnard College.