Portraiture and Early Studio Photography in China and Japan (Hardcover) 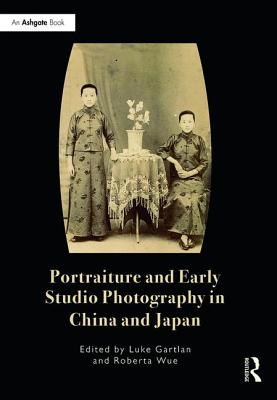 Portraiture and Early Studio Photography in China and Japan (Hardcover)

This volume explores the early history of the photographic studio and portrait in China and Japan. The institution of the photographic studio has received relatively little attention in the history of photography; contributors here investigate various manifestations of the studio as a place and as a space that was cultural, economic, and creative. Its authors also look closely at the studio portrait not as images alone, but also as collaborative ventures between studio operators and sitters, opportunities to invent new roles, images that merged the new medium with traditional visual practices, as well as the portrait's part in devising modern, gendered, nationalistic, and public identities for its subjects. As the first collection of its kind, Portraiture and Early Studio Photography in China and Japan analyzes the photographic likeness--its producers, subjects, viewers, and pictorial forms--and argues for the historical significance of the photographic studio as a specific and new space central to the formation of new identities and communities. Photography's identity as a transnational technology is thus explored through the local uses, adaptations, and assimilations of the imported medium, presenting modern images of their subjects in specific Japanese and Chinese contexts.

Luke Gartlan is Senior Lecturer in the School of Art History at the University of St Andrews, Scotland. He is the author of A Career of Japan: Baron Raimund von Stillfried and Early Yokohama Photography (2016), coeditor (with Ali Behdad) of Photography's Orientalism: New Essays on Colonial Representation (2013), and editor-in-chief of the peer-reviewed quarterly journal History of Photography. He has held research fellowships at the University of Vienna, Nihon University, Tokyo, and the Australian National University, and has guest edited a special issue on photography in nineteenth-century Japan for History of Photography 33, no. 2 (May 2009).Roberta Wue is Associate Professor of Art History at the University of California, Irvine. Her research focuses on art, photography, and print culture in nineteenth- and twentieth-century China, with a particular interest in the rhetoric of the modern Chinese image and its relationships with its viewers. She is the author of Art Worlds: Artists, Images, and Audiences in Late Nineteenth-Century Shanghai (2015), and co-author of Picturing Hong Kong: Photography 1855-1910 (1997).