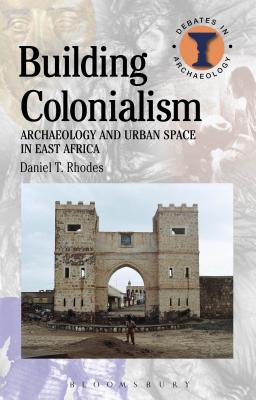 
Not On Our Shelves—Ships in 1-5 Days
Building Colonialism draws together the relationship between archaeology and history in East Africa using techniques of artefact, building, spatial and historical analyses to highlight the existence of, and accordingly the need to conserve, the urban centres of Africa's more recent past. The study does this by exploring the physical remains of European activity and the way that the construction of harbour towns directly reflects the colonial mission of European powers in the nineteenth century in Tanzania and Kenya. Based on fieldwork which recorded and analysed the buildings and monuments within these towns it compares the European creations to earlier Swahili urban design and explores the way European commercial trade systems came to dominate East Africa.

Based on the kind of Urban Landscape Analyses carried out in the UK and Ireland, Building Colonialism looks at the social and spatial implications of the towns on the Indian Ocean coast which contain centres of derelict and unused buildings dating from East Africa's nineteenth-century colonial era. The book begins by concentrating upon towns in Tanzania and Kenya which were the key entry points into Africa for the nineteenth-century colonial regimes and compares these to later French and Italian colonies and discusses contemporary approaches to the conservation of colonial built heritage and the difficulties faced in ensuring valid participatory protection of the urban heritage resource.
Daniel Rhodes is Area Archaeologist at the National Trust for Scotland. He has held posts as Associate Lecturer at the Open University and Teaching Fellow at the University of Ulster. He has worked as a professional archaeologist in Ireland and Iceland and has been researching the archaeology of East Africa since 2003. Previous publications include Archaeology and International Development in Africa with Colin Breen (University of Ulster).