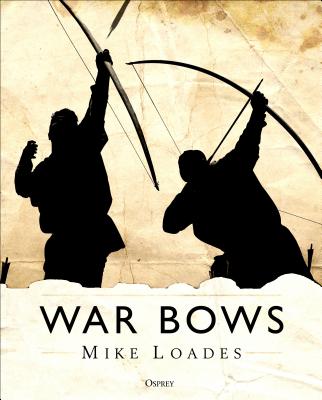 War bows were a mainstay of armies throughout the world from the earliest recorded battles over three thousand years ago to the 16th century, when firearms finally came of age. Even then, in some cultures, the bow remained in use by elite warriors. The bow gave combatants the ability to fight at distance and it played an important role in some of the most famous battles in human history.
In this lively and fascinating study, Mike Loades tells the stories of four of the world’s most renowned war bow types: the iconic medieval longbow that made its mark at Crécy; the horn and sinew composite bows of the East, with their varied forms and sophisticated construction; the crossbow with its mechanical ingenuity; and the distinctively asymmetric yumi of the samurai.
For each of these bows, Mike brings the insights of his long career as a historical weapons expert and archer to bear, offering a vivid understanding not only of the technology that went into its creation but also an appreciation of what it was like to shoot and a detailed assessment of its role in battle.

Mike Loades is a respected author, broadcaster, director and action arranger who has made numerous television appearances as a historical weapons expert and military historian. He lives in Petaluma, California. He is the author of Swords and Swordsmen (2010), The Longbow (2013), The Composite Bow (2016) and The Crossbow (2018).

“The book can be strongly recommended to anyone interested in the use of the bow and crossbow, particularly as a military weapon. [Mike Loades] presents in a vivid and readable fashion a survey of their use over many centuries.” —Arthur Credland, Military History Matters

"Anyone with an interest in war bows or the history of warfare would greatly benefit from a copy of this comprehensive work... Loades's experience with bows, both in terms of their history and real life handling, shines through in this well-researched and beautifully written and illustrated book." - History of War, February 2019