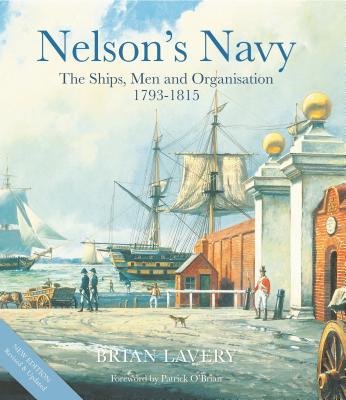 
Special Order—Subject to Availability
Patrick O'Brien provides the forward to this edition of the most successful Conway Maritime title. This book is the perfect guide to Nelson's Navy for all those with an interest in the workings of the great fleet. The book is eminently readable and is the first single-volume work to cover in such depth this vast and complex subject. Written by one of the world's leading authorities on the sailing navy the book contains considerable original research to give a clear and authentic picture of the Senior Service as a whole. With a foreword by one of the most successful maritime fiction authors of the current age, the book is also of interest to all those with enthusiasm for the literature based on the Nelsonic-era.
Brian Lavery is one of Britain's leading naval historians and a prolific author. A Curator Emeritus at the National Maritime Museum, Greenwich, and a renowned expert on the sailing navy and the Royal Navy, in 2007 he won the prestigious Desmond Wettern Maritime Media Award. His naval writing was further honoured in 2008 with the Society of Nautical Research's Anderson Medal. His recent titles include Ship (2006), Royal Tars (2010), Conquest of the Ocean (2013), In Which They Served (2008), Churchill's Navy (2006), and the Sunday Times bestseller Empire of the Seas (2010).