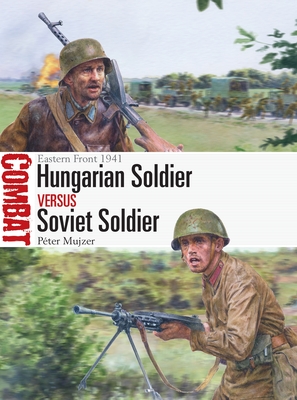 This fully illustrated study assesses the Hungarian and Soviet forces that clashed repeatedly in 1941 during the Barbarossa campaign of World War II.

At the end of June 1941, following an aerial attack on the town of Kassa, Hungary joined its Axis partners in Operation Barbarossa, the German invasion of the Soviet Union. Hungary's contribution to Barbarossa was spearheaded by the Mobile Corps, a formation made up of motorized riflemen, cavalry, bicycle troops and light armor. The Soviet forces facing the Hungarians belonged to the Kiev Military District, deployed in four armies along a front nearly 600 miles long. The Red Army, while remaining among the most formidable armies of the era, had been seriously weakened by successive purges, its shortcomings exposed by the Winter War against Finland in 1939–40. This fully illustrated study casts new light on the role played by the forces of Nazi Germany's Allies on the Eastern Front and explores the tactics and weaponry employed by the Hungarian and Soviet forces in the Barbarossa campaign, notably during the two sides' initial clashes, the desperate battle for Uman, and the Soviet counter-attack at the River Dniepr.

Steve Noon was born in Kent, UK, and attended art college in Cornwall. He's had a life-long passion for illustration, and since 1985 has worked as a professional artist. He has provided award-winning illustrations for the publishers Dorling Kindersley, where his interest in historical illustration began. Steve has illustrated over 70 books for Osprey.