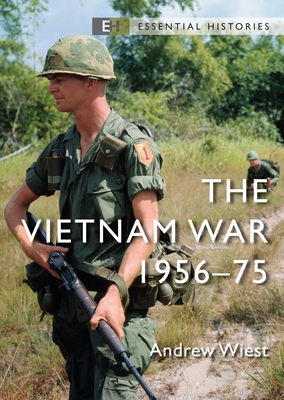 With updates from the author, specially commissioned maps and 50 new images, this is a concise overview of America's most divisive war.

America entered the Vietnam War certain of its Cold War doctrines and convinced of its moral mission to save the world from the advance of communism. However, the war was not at all what the United States expected. Outnumbered and outgunned, the North Vietnamese and Viet Cong forces resorted to a guerrilla war based on the theories of Mao Zedong of China, while the US responded with firepower and overwhelming force. Dr Andrew Wiest examines the brutal and prolonged resultant conflict, and how its consequences would change America forever, leaving the country battered and unsure as it sought to face the challenges of the final acts of the Cold War. As for Vietnam, the conflict would continue long after the US had exited its military adventure in Southeast Asia.

Updated and revised, with full-colour maps and new images throughout, this is a concise introduction to the most important event of the “American Century."

Dr Andrew Wiest is University Distinguished Professor of History and founding director of the Dale Center for the Study of War & Society at the University of Southern Mississippi. Specializing in the study of World War I and Vietnam, his titles include Vietnam's Forgotten Army, which won the Society for Military History's Distinguished Book Award, and The Boys of '67, the basis for the Emmy-nominated National Geographic Channel Documentary Brothers in War. He is based in Hattiesburg, MS.