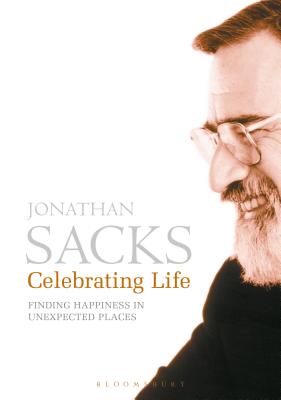 'I have tried to say what happiness is, how we make it, how we lose it, and how we sometimes walk past it without recognising it. Happiness isn't somewhere else, it's where we are. It isn't something we don't have, we do. It isn't fantasy, it's reality experienced in a certain way. Happiness is a close relative of faith.'

Following the painful loss of his father, former Chief Rabbi Sacks began to learn how to celebrate life in a new way. He discovered where happiness lives, often in unexpected places, through family, community, friendship and responsibilities. He also found it through a renewed relationship with God who spoke to his deepest needs. Based, in part, on his columns in the UK's Times newspaper, Celebrating Life is for people of all faiths and none. It shows us how to be human and, in becoming so, how we can touch the divine.

Sir Jonathan Sacks was Chief Rabbi of the United Hebrew Congregations of Britain and the Commonwealth. He is the author of numerous books, including Celebrating Life, From Optimism to Hope, The Persistence of Faith and The Dignity of Difference, for which he won a Grawemeyer Award in Religion.