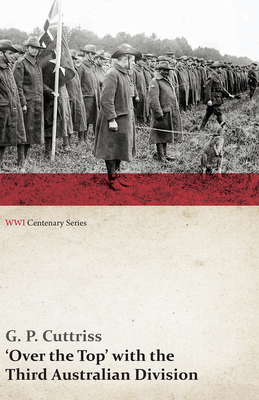 
Not On Our Shelves—Ships in 1-5 Days
(This book cannot be returned.)
This early work by G. P. Cuttriss was originally published in the early 20th century and we are now republishing it as part of our WWI Centenary Series. Some day cold and formal histories will record the deeds and performances of the Australian soldiery; but it is not to them that we shall turn for an illumination of his true character. It is to stories such as these which follow, of his daily life, of his psychology, of his personality, that we must look. And we shall look not in vain, when, as in the following pages, the tale has been written down by one of themselves, who has lived and worked among them, and who understands them in a spirit of true sympathy and comradeship. The Author of these sketches is himself true to his type, and an embodiment of all that is most worthy and most admirable in the Australian soldier. This book is part of the World War One Centenary series; creating, collating and reprinting new and old works of poetry, fiction, autobiography and analysis. The series forms a commemorative tribute to mark the passing of one of the world's bloodiest wars, offering new perspectives on this tragic yet fascinating period of human history. Each publication also includes brand new introductory essays and a timeline to help the reader place the work in its historical context.