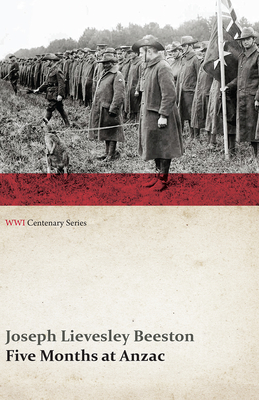 
Not On Our Shelves—Ships in 1-5 Days
(This book cannot be returned.)
"Shortly after the outbreak of War-after the first contingent had been mobilised, and while they were undergoing training-it became evident that it would be necessary to raise another force to proceed on the heels of the first. Three Infantry Brigades with their Ambulances had already been formed; orders for a fourth were now issued, and naturally the Ambulance would be designated Fourth Field Ambulance." This work is a narrative of personal experiences of the officer commanding the 4th Field Ambulance, Australian Imperial Force, during the First World War. This book is part of the World War One Centenary series; creating, collating and reprinting new and old works of poetry, fiction, autobiography and analysis. The series forms a commemorative tribute to mark the passing of one of the world's bloodiest wars, offering new perspectives on this tragic yet fascinating period of human history. Each publication also includes brand new introductory essays and a timeline to help the reader place the work in its historical context.