Wellington's Eastern Front: The Campaign on the East Coast of Spain 1810-1814 (Hardcover) 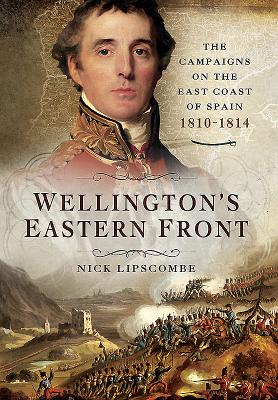 Wellington's Eastern Front: The Campaign on the East Coast of Spain 1810-1814 (Hardcover)


Special Order—Subject to Availability
At last, in this absorbing and authoritative study, the story of the epic struggle on Spain's eastern front during the Peninsular War has been told. Often overlooked as not integral to the Duke of Wellington's main army and their campaigns in Portugal and western Spain, they were, in point of fact, intrinsically linked. Nick Lipscombe, a leading historian of the Napoleonic Wars and an expert on the fighting in the Iberian peninsula, describes in graphic detail the battles fought by the French army of General Suchet against the Spanish regulars and guerrillas and subsequently the Anglo-Sicilian force sent by the British government to stabilize the region. Despite Suchet's initial successes and repeated setbacks for the allied armies, by late 1813 the east coast of Spain held a key to Wellington's invasion of France and the ultimate defeat of Napoleon's armies in the Peninsula. At a tactical level the allies were undeniably successful and made an important contribution to the eventual French defeat.