The Battle of Britain Memorial Flight: A History in Pictures (Hardcover) 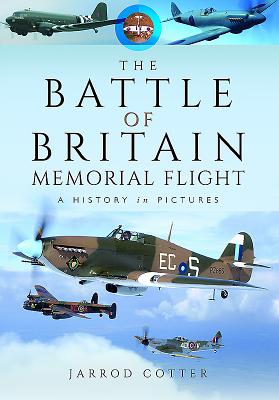 The Battle of Britain Memorial Flight: A History in Pictures (Hardcover)


Not Yet Published—Pre-Order Now
In 2007 the Battle of Britain Memorial Flight celebrated its landmark 50th anniversary and Jarrod Cotter was chosen to write a book charting the Flight's history which began with the formation of the Historic Aircraft Flight in July 1957. This volume brings the story fully up-to-date to mark the BBMF's 60th anniversary. It still includes the in-depth story of the formation of the Flight, for which the author uniquely traced the families of those involved to reveal a host of illuminating insights. However, while the 50th anniversary book went on to tell the rest of the story in an in-depth fashion, this volume utilizes high quality color digital photographs taken in recent years to show the aircraft in flight and so acts as the perfect companion to the first volume. This will be the ultimate souvenir of the celebration of the BBMF's 60th anniversary.