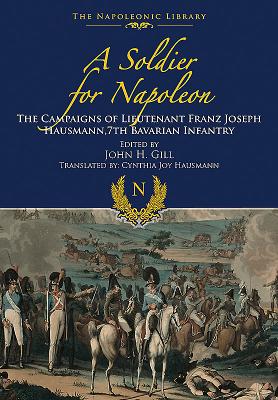 
Special Order—Subject to Availability
'Fills a very noticeable gap in the history of the Napoleonic Wars by providing a good description of what it was like to be a member of the Royal Bavarian Army.' HistoryNet The letters and diaries of Lieutenant Franz Joseph Hausmann are here placed in the context of the military events of the period by renowned historian John Gill. They stem from Hausmann's first campaign in 1805 in the war against Austria, followed by the 1806 and 1807 campaigns in Prussia and Poland. In 1809 he was in action against the Tyrolean insurrection and he also fought at Abensberg and Zniam. He was only twenty-three when he embarked on the ill-fated 1812 invasion of Russia and served as part of the Bavarian corps that was shattered in this cataclysmic campaign. He survived to describe the 1813 campaign and the 1814 campaign in France when the Bavarians switched sides and fought against Napoleon. With additional commentary by John Gill on the Bavarian Army and its campaigns and battles, this book is an important, authoritative addition to the works on the Napoleonic Wars.