Contemporary Plays from Iraq: A Cradle; A Strange Bird on Our Roof; Cartoon Dreams; Ishtar in Baghdad; Me, Torture, and Your Love; Romeo and Juliet (Paperback) 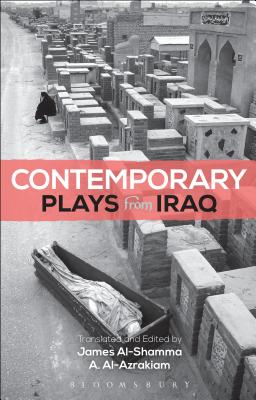 Contemporary Plays from Iraq: A Cradle; A Strange Bird on Our Roof; Cartoon Dreams; Ishtar in Baghdad; Me, Torture, and Your Love; Romeo and Juliet (Paperback)

Contemporary Plays from Iraq is a ground-breaking collection of Middle Eastern drama translated into English for the very first time. With works from both established and emerging male and female playwrights, written in country and in exile, this volume offers current Iraqi perspectives on a war and occupation that have significantly impacted the Middle East and the rest of the world. Dealing exclusively with contemporary plays originating from Iraq, this anthology gives under-studied Arabic political theatre the attention it deserves and provides a general introduction that sets the plays within their cultural and historical contexts. The plays are preceded by introductions from the playwrights themselves, further enriching each piece for the enjoyment and understanding of the reader.

The volume is introduced and translated by James Al-Shamma, Assistant Professor at Belmont University, US, and A. Al-Azraki, an Iraqi playwright.
James Al-Shamma is Assistant Professor of Theatre at Belmont University, where he started teaching in 2007. He teaches theatre history and literature, scriptwriting, film, improvisation and other courses. He directs at the university and is an artistic and producing partner for the Five Dollar Recession (FDR) Theatre Company. Dr. Al-Shamma's principal areas of research are contemporary women playwrights and Arabic, and specifically Iraqi, theatre. He has published two books on American playwright Sarah Ruhl and has published articles in the Journal of Dramatic Theory and Criticism and The Eugene O'Neill Review. A. Al-Azraki is an Iraqi playwright.