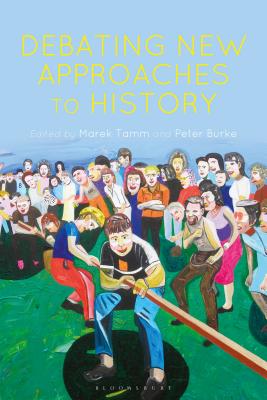 With its innovative format, Debating New Approaches to History addresses issues currently at the top of the discipline's theoretical and methodological agenda. In its chapters, leading historians of both older and younger generations from across the Western world and beyond discuss and debate the main problems and challenges that historians are facing today. Each chapter is followed by a critical commentary from another key scholar in the field and the author's response.

The volume looks at topics such as the importance and consequences of the 'digital turn' in history (what will history writing be like in a digital age?), the challenge of posthumanist theory for history writing (how do we write the history of non-humans?) and the possibilities of moving beyond traditional sources in history and establishing a dialogue with genetics and neurosciences (what are the perspectives and limits of the so-called 'neurohistory'?). It also revisits older debates in history which remain crucial, such as what the gender approach can offer to historical research or how to write history on a global scale. Debating New Approaches to History does not just provide a useful overview of the new approaches to history it covers, but also offers insights into current historical debates and the process of historical method in the making. It demonstrates how the discipline of history has responded to challenges in society - such as digitalization, globalization and environmental concerns - as well as in humanities and social sciences, such as the 'material turn', 'visual turn' or 'affective turn'. This is a key volume for all students of historiography wanting to keep their finger on the pulse of contemporary thinking in historical research.
Marek Tamm is Professor of Cultural History and Senior Research Fellow at the School of Humanities in Tallinn University, Estonia. He is also Head of Tallinn University Centre of Excellence in Intercultural Studies. His publications in English include an edited volume, Afterlife of Events: Perspectives on Mnemohistory (2015) and Crusading and Chronicle Writing on the Medieval Baltic Frontier (with Linda Kaljundi and Carsten Selch Jensen, 2011). Peter Burke is Professor Emeritus of Cultural History and Life Fellow of Emmanuel College at Cambridge University, UK. He is a Fellow of the British Academy and has published 26 books, and his work has so far been translated into 33 languages. His publications include History and Social Theory (1992, revised edition 2005) and an edited book, New Perspectives on Historical Writing (1991, revised edition 2000).