From Stonehenge to Mycenae: The Challenges of Archaeological Interpretation (Debates in Archaeology) (Hardcover) 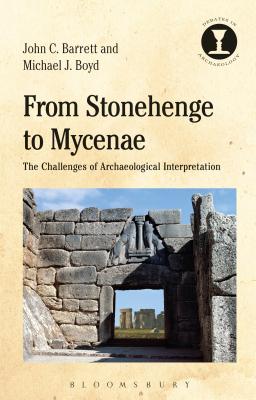 From Stonehenge to Mycenae: The Challenges of Archaeological Interpretation (Debates in Archaeology) (Hardcover)

This book reconsiders how we can understand archaeology on a grand scale by abandoning the claims that material remains stand for the people and institutions that produced them, or that genetic change somehow caused cultural change. Our challenge is to understand the worlds that made great projects like the building of Stonehenge or Mycenae possible. The radiocarbon revolution made the old view that the architecture of Mycenae influenced the building of Stonehenge untenable. But the recent use of 'big data' and of genetic histories have led archaeology back to a worldview where 'big problems' are assumed to require 'big solutions'.

Making an animated plea for bottom-up rather than top-down solutions, the authors consider how life was made possible by living in the local and materially distinct worlds of the period. By considering how people once built connections between each other through their production and use of things, their movement between and occupancy of places, and their treatment of the dead, we learn about the kinds of identities that people constructed for themselves. Stonehenge did not require an architect from Mycenae for it to be built, but the builders of Stonehenge and Mycenae would have shared a mutual recognition of the kinds of humans that they were, and the kinds of practices these monuments were once host to.
John C. Barrett is Emeritus Professor of Archaeology at the University of Sheffield, UK. He has published widely on prehistoric archaeology and his research focuses on the archaeology of the Neolithic and Bronze Age in Britain and Europe and archaeological theory. Michael J. Boyd is a Senior Research Associate at the University of Cambridge, UK. He is co-director of excavations on Keros and co-editor of the Keros publications series. He has published a book on Mycenaean funerary practices, and has co-edited two collected volumes on funerary practices.