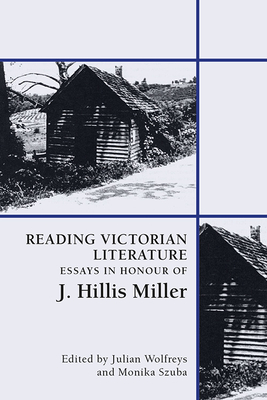 A Festschrift honouring J. Hillis Miller and his contribution to Victorian Studies and nineteenth-century criticism

Reading Victorian Literature provides a critical commentary on major authors of the nineteenth and early twentieth centuries, from Dickens to Conrad. At the same time, the assembled group of internationally recognised scholars engages with Miller's work, influence and significance in the study of that era. The volume includes original work by Miller and interviews with him.

Julian Wolfeys is Professor of English Literature at the University of Portsmouth, where he is also Director of the Centre for Studies in LIterature. He is author and editor of more than 40 books on nineteenth- and twentieth-century English literature and literary theory. Most recently he has published Dickens's London and The Derrida Wordbook, both with Edinburgh University Press. He recently published his first novel, Silent Music. Monika Szuba is Assistant Professor at the Institute of English and American Studies, University of Gdańsk. The author of numerous articles and book chapters, she is also co-editor of The Poetics of Space and Place in Scottish Literature (Palgrave Macmillan). In addition, she is a translator, particularly of poetry from English to Polish, and has translated the work of John Burnside, David Constantine, Michael Edwards, Kathleen Jamie, Alan Riach, and Julian Wolfreys, amongst others.