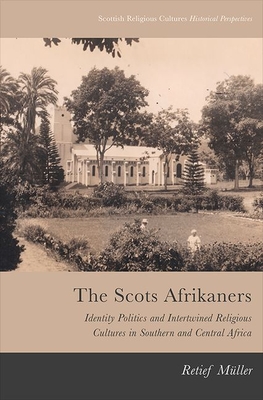 
Not On Our Shelves—Ships in 1-5 Days
Drawing primarily on Dutch and Afrikaans archival sources including the Dutch Reformed Church Archive and private collections this book presents a trans-generational narrative of the influence and role played by diasporic Scots and their descendants in the religious and political lives of
Dutch/ Afrikaner people in British colonial southern Africa. It demonstrates how this Scottish religious culture helped to develop a complicated counter-narrative to what would become the mainstream discourse of Afrikaner Christian nationalism in the early 20th century. The reader can expect new
perspectives on the ways in which the historical changeover from British Imperial rule to apartheid South Africa was both contradicted, but also in often paradoxical ways facilitated, by the influence and legacies of Scottish religious emissaries.