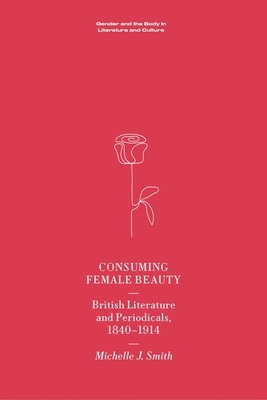 Pinpointing how consumer culture transformed female beauty ideals during the nineteenth and early twentieth centuries, this study documents the movement from traditional views about beauty in relation to nature, God, morality and character to a modern conception of beauty as produced in and through consumer culture. While beauty has often been approached in relation to aestheticism and the visual arts in this period, this monograph offers a new and significant focus on how beauty was reshaped in girls' and women's magazines, beauty manuals and fiction during the rise of consumer culture. These archival sources reveal important historical changes in how femininity was shaped and illuminate how contemporary ideas of female beauty, and the methods by which they are disseminated, originated in seismic shifts in nineteenth-century print culture.

Michelle J. Smith is a Senior Lecturer in Literary Studies at Monash University, Australia. She is the author of two books on nineteenth-century girls' fiction and periodicals, From Colonial to Modern: Transnational Girlhood in Canadian, Australian, and New Zealand Children's Literature, 1840-1940 (U of Toronto P, 2018; co-authored with Kristine Moruzi and Clare Bradford) and Empire in British Girls' Literature and Culture: Imperial Girls, 1880-1915 (Palgrave, 2011). She has also published five edited collections in the fields of children's and Victorian literature, the most recent of which is Young Adult Gothic Fiction: Monstrous Selves/Monstrous Others (2021, U of Wales P; co-edited with Moruzi).