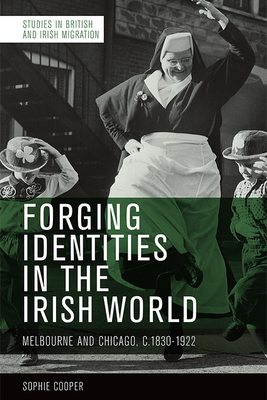 Set within colonial Melbourne and Chicago, this book explores the shifting influences of religious demography, educational provision and club culture to shed new light on what makes a diasporic ethnic community connect and survive over multiple generations. Sophie Cooper focuses on these Irish populations as they grew alongside their cities establishing the cultural and political institutions of Melbourne and Chicago, and these comparisons allow scholars to explore what happens when an ethnic group - so often considered 'other' - have a foundational role in a city instead of entering a society with established hierarchies. Forging Identities in the Irish World places women and children alongside men to explore the varied influences on migrant identity and community life.

Sophie Cooper is Lecturer in Liberal Arts at Queen's University Belfast. Sophie was a William McFarlane Fellow at the University of Edinburgh where she completed her PhD in 2017. Prior to that, she studied at Trinity College Dublin and the University of Exeter. Sophie has previously published on material culture, female travel in the British empire, and ideas of belonging in the Irish diaspora.