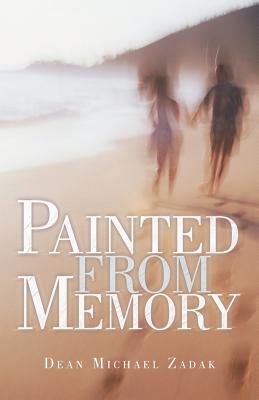 At times, successful artist Mickey Anderson feels like a mad scientist mixing oil paints into an explosion of color. It is a blissful exercise he happily controls, unlike many other things in his life. Trapped in a relationship with his girlfriend, Jenn, who wants more than he can give, Mickey finds solace in his work-until the day he notices something different in a painting on his easel.

For as long as she can remember, Nancy Krupka has been obsessed with Mickey. Drawn to one of his paintings, Nancy recognizes a powerful energy she is certain will bring them together at last. As she stares at the painting, she is overcome with an intense feeling-just as Mickey awakens on the beach to find himself in an alternate dimension with his childhood sweetheart, Sylvia. As the couple navigates through a confusing, ever-changing time dimension-discovering they are married with children-they have no idea that a dark force is at work that has no interest in a happy ending for either of them.

In this romantic thriller, an artist must search his paintings for answers as he attempts to find his way to the life he wants and the love he so desperately needs before someone else learns how to control time-and his future.