The Many Lives of The Twilight Zone: Essays on the Television and Film Franchise (Paperback) 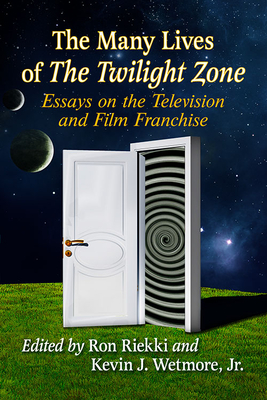 The Many Lives of The Twilight Zone: Essays on the Television and Film Franchise (Paperback)


Not On Our Shelves—Ships in 1-5 Days
More than sixty years after the The Twilight Zone debuted on television, the show remains a cultural phenomenon, including a feature film, three television reboots, a comic book series, a magazine and a theatrical production. This collection of new essays offers a roadmap through a dimension not only of sight and sound, but of mind. Scholars, writers, artists and contributors to the 1980s series investigate the many incarnations of Rod Serling's influential vision through close readings of episodes, explorations of major themes and first-person accounts of working on the show.
Writer and actor Ron Riekki has won several screenplay awards including best sci-fi/fantasy from the International Family Film Festival, best comedy from the Los Angeles Film Awards and the Nuclear Pen Award from the GenreBlast Film Festival. Kevin J. Wetmore, Jr., is a professional actor and director whose previous books have covered topics ranging from Star Wars to Renaissance faires. He is a professor and chair of the theater department at Loyola Marymount University in Los Angeles, California.