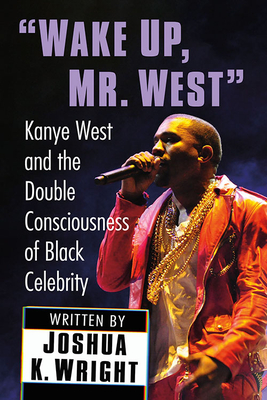 
Not On Our Shelves—Ships in 1-5 Days
Black celebrities in America have always walked a precarious line between their perceived status as spokespersons for their race and their own individual success----and between being ""not black enough"" for the black community or ""too black"" to appeal to a broader audience. Few know this tightrope walk better than Kanye West, who transformed hip-hop, pop and gospel music, redefined fashion, married the world's biggest reality TV star and ran for president, all while becoming one of only a handful of black billionaires worldwide. Despite these accomplishments, his polarizing behavior, controversial alliances and bouts with mental illness have made him a caricature in the media and a disappointment among much of his fanbase. This book examines West's story and what it reveals about black celebrity and identity and the American dream.
Joshua K. Wright, Ph.D., is an associate professor of history in the Global Studies Department at Trinity Washington University in Washington, DC. He is the host of Woke History, a new podcast series streaming on the National Public Radio (NPR) One app.