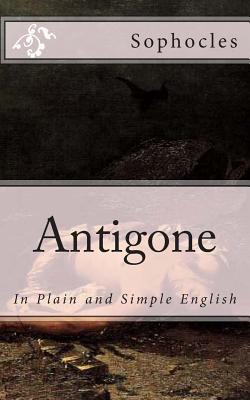 
Not On Our Shelves—Ships in 1-5 Days
(This book cannot be returned.)
Sophocles was the Aaron Spelling of ancient Greek world--his plays had all the makings of a modern soap But archaic translations of his ancient work make it almost impossible to see any of the Melrose Place-like plots BookCaps can help readers who have struggled in the past with Sophocles classic plays with this modern retelling. Antigone is a tragedy by Sophocles written in or before 442 BC. Chronologically, it is the third of the three Theban plays but was written first. The play expands on the Theban legend that predated it and picks up where Aeschylus' Seven Against Thebes ends. The original text is also presented in the book, along with a comparable version of both text. We all need refreshers every now and then. Whether you are a student trying to cram for that big final, or someone just trying to understand a book more, BookCaps can help. We are a small, but growing company, and are adding titles every month.