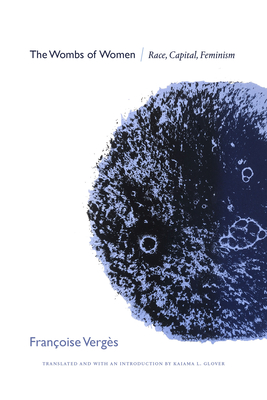 
Not On Our Shelves—Ships in 1-5 Days
In the 1960s thousands of poor women of color on the (post)colonial French island of Reunion had their pregnancies forcefully terminated by white doctors; the doctors operated under the pretext of performing benign surgeries, for which they sought government compensation. When the scandal broke in 1970, the doctors claimed to have been encouraged to perform these abortions by French politicians who sought to curtail reproduction on the island, even though abortion was illegal in France. In The Wombs of Women-first published in French and appearing here in English for the first time-Fran oise Verg's traces the long history of colonial state intervention in black women's wombs during the slave trade and postslavery imperialism as well as in current birth control politics. She examines the women's liberation movement in France in the 1960s and 1970s, showing that by choosing to ignore the history of the racialization of women's wombs, French feminists inevitably ended up defending the rights of white women at the expense of women of color. Ultimately, Verg's demonstrates how the forced abortions on Reunion were manifestations of the legacies of the racialized violence of slavery and colonialism.