Mainly on Directing: Gypsy, West Side Story and Other Musicals (Applause Books) (Paperback) 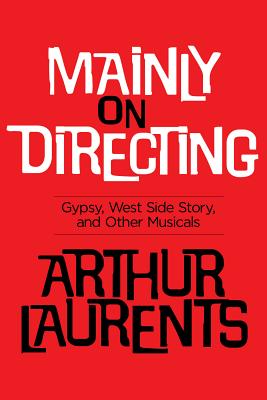 Mainly on Directing: Gypsy, West Side Story and Other Musicals (Applause Books) (Paperback)


Backordered
As a playwright, screenwriter, and director, Arthur Laurents has a unique place in the history of theater. In this moving, exhilarating, and provocative account, he presents readers with a front-row look at the making of two of the greatest musicals of the American stage, West Side Story and Gypsy. He writes in rich detail about his new bilingual production of West Side Story, along with his most recent production of Gypsy, how it began as an act of love, and how that love spread through the entire company and resulted in a Gypsy unlike any other. Laurents offers behind-the-scenes details about the musicals he directed, including I Can Get It for You Wholesale, its producer David Merrick (the "Abominable Showman"), and its (very young) stars, Barbra Streisand and Elliott Gould. He dishes on Stephen Sondheim's Anyone Can Whistle, which starred Angela Lansbury and Lee Remick, marking the debut for each in musical theater. And he recounts the challenges and surprises that came with the making of La Cage aux Folles, the first big Broadway musical that was gay and glad to be. Throughout, the book is enriched by Laurents's two loves - his love for the theater and his love for his partner of fifty-two years, Tom Hatcher, who shared and inspired every aspect of his life and his work. Mainly on Directing presents an unforgettable portrait of an artist working with other artists, a unique close-up look at today's American musical theater by a man who's been at its red-hot center for more than five decades.