Theatre in the Round: The Staging of Cornish Medieval Drama (Paperback) 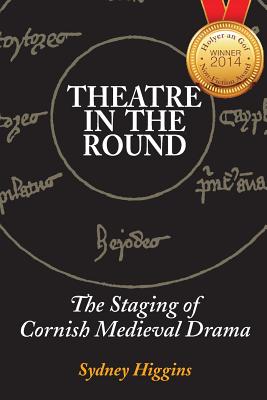 Theatre in the Round: The Staging of Cornish Medieval Drama (Paperback)


Not On Our Shelves—Ships in 1-5 Days
(This book cannot be returned.)
The important and rich collection of medieval plays from Cornwall has, in the past, been all but ignored by the majority of drama historians and critics. In this book, Sydney Higgins shows why this is a mistaken and ill-informed view. The oldest of the three surviving manuscripts is the Cornish Cycle - performed on three consecutive days - that is probably the earliest surviving British drama script. Next is 'Buenans Meriasek' ('The Life of St. Meriasek') that is the only full-length medieval saint's play to have survived in the literature of Great Britain. The last of the three, 'The Creation of the World' is the first day of another Biblical play. In the manuscript of the Cornish Cycle, there is a plan of the theatre for each of the three days and there are two similar ones in 'St. Meriasek'. Apart from these five, the only other other plan of a British medieval theatre that has survived is of 'The Castle of Perseverance'. Like those for the Cornish plays, it is circular. Among the many important conclusions in the detailed and meticulously researched examination of the staging of the Cornish plays is that the medieval circular theatres are far more likely to have been the inspiration for the circular theatres of Shakespeare's age than the highly unlikely notion that their origin arose from a pageant waggon being parked in a rectangular inn yard. * * * Winner of the 2014 HOLYER AN GOF PUBLISHERS' AWARD for Non-Fiction - History, Language and Creative Arts. * * * This reviewer found of particular interest Sydney Higgins's lucid reconstruction of the playing in the round. 'Theatre Research International'. vol. 26, no. 1, p.117 Insightful scrutiny of staging ... a full and detailed analysis. 'European Medieval Drama - 2', Brepols, p.200.