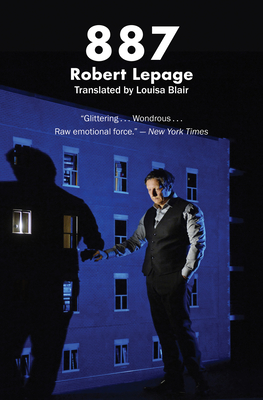 As the 40th anniversary of La Nuit de la po sie in Montreal approaches, playwright Robert Lepage is invited to recite Mich le Lalonde's seminal poem "Speak White" from memory on the special night. After agonizing hours spent attempting to memorize the piece, Lepage finds himself unable to recall a single line. In a last effort he decides to employ a mnemonic device dating back to ancient Greece called the Memory Palace -- a technique of imagination and association. Lepage's Memory Palace is 887 Murray Avenue, the apartment block where he grew up. Winding his way around the rooms of the building and the lives of the tenants therein, Lepage guides the reader through a world of recollections of 1960s Quebec, the decade that shaped the province's cultural and political consciousness.

A mesmerizing and multifaceted glimpse into the realm of memory, 887 is a tour of culture and community in 1960s Quebec through one masterful artist's remarkable, boundary-defying perspective.