Making a Grade: Victorian Examinations and the Rise of Standardized Testing (Hardcover) 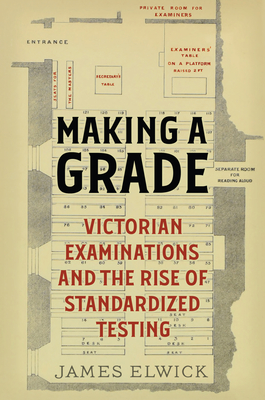 Making a Grade: Victorian Examinations and the Rise of Standardized Testing (Hardcover)

Starting in the 1850s achievement tests became standardized in the British Isles, and were administered on an industrial scale. By the end of the century more than two million people had written mass exams, particularly in science, technology, and mathematics. Some candidates responded to this standardization by cramming or cheating; others embraced the hope that such tests rewarded not only knowledge but also merit.

Written with humour, Making a Grade looks at how standardized testing practices quietly appeared, and then spread worldwide. This book situates mass exams, marks, and credentials in an emerging paper-based meritocracy, arguing that such exams often first appeared as cameras to neutrally record achievement, and then became engines to change education as people tailored their behaviour to fit these tests. Taking the perspectives of both examiners and examinees, Making a Grade claims that our own culture's desire for accountability through objective testing has a long history.