But I Live: Three Stories of Child Survivors of the Holocaust (Hardcover) 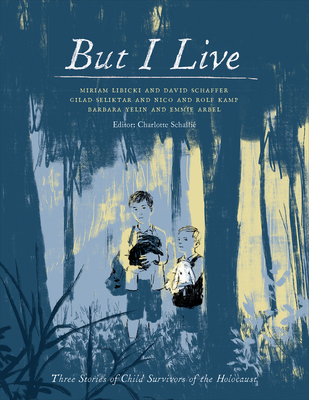 But I Live: Three Stories of Child Survivors of the Holocaust (Hardcover)

An intimate co-creation of three graphic novelists and four Holocaust survivors, But I Live consists of three illustrated stories based on the experiences of each survivor during and after the Holocaust.

David Schaffer and his family survived in Romania due to their refusal to obey Nazi collaborators. In the Netherlands, brothers Nico and Rolf Kamp were separated from their parents and hidden by the Dutch resistance in thirteen different places. Through the story of Emmie Arbel, a child survivor of the Ravensbr ck and Bergen-Belsen concentration camps, we see the lifelong trauma inflicted by the Holocaust.

To complement these hauntingly beautiful and unforgettable visual stories, But I Live includes historical essays, an illustrated postscript from the artists, and personal words from each of the survivors.

As we urgently approach the post-witness era without living survivors of the Holocaust, these illustrated stories act as a physical embodiment of memory and help to create a new archive for future readers. By turning these testimonies into graphic novels, But I Live aims to teach new generations about racism, antisemitism, human rights, and social justice.