Cursed in New York: Stories of the Damned in the Empire State (Paperback) 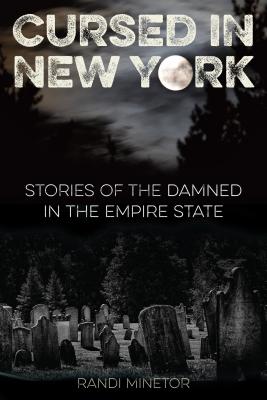 Cursed in New York: Stories of the Damned in the Empire State (Paperback)


Not On Our Shelves—Ships in 1-5 Days
Cursed in New York invites you to read about the misfortunes of others, and thank your lucky stars that none of these things are happening to you These legendary tales are collected from across New York State, from the eastern reaches of Long Island to the gorges of Niagara Falls. In some cases, a curse led people to ruin and other curses actually drove people to take their own lives. With numbers and coincidental events, it's hard to argue that no malevolent force was involved. What did any of these people do to deserve their fates? They bought a property where a murder had taken place, constructed a building on the site of an ancient burial ground, purchased a gem stolen from an east Indian temple, or intruded on a spirit in a cave. Some of these people knew that their actions could bring the wrath of evil down upon them, but most made an innocent misstep. Some of these stories will be regionally well known. Others are nearly forgotten. All are cursed.
Randi Minetor has written over twenty books for Globe Pequot Press, including five books on New York hiking in the Best Easy Day Hikes series, Backyard Birding: A Guide to Attracting and Identifying Birds, Hiking Waterfalls New York (FalconGuides), Scenic Routes & Byways New York, and Day Trips Hudson River Valley. He lives in Rochester, New York.